Stamp and product design to celebrate the 250th anniversary of Captain Cook setting sail on one of the greatest voyages of discovery of all time aboard HMS Endeavour. 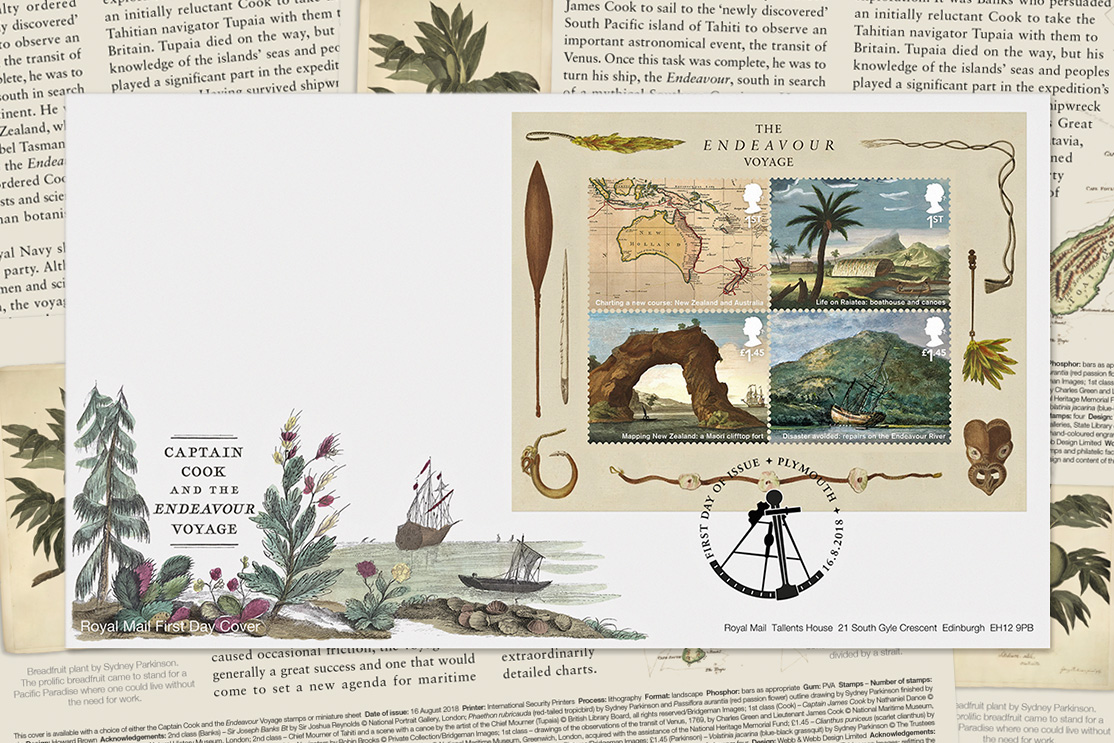 To mark the 250th anniversary of Captain Cook setting sail on one of the greatest voyages of discovery of all time aboard HMS Endeavour, Royal Mail asked us to design a commemorative mini-sheet stamp set. The four stamp set illustrates the key locations from the voyage;  a chart of the discoveries made by Captain James Cook; canoes on Raiatea, Society Islands; an arched rock with a Maori clifftop fort in New Zealand; and repairing the Endeavour on the Endeavour River, Australia. The background to the sheet shows hand-coloured engravings from A Journal of a Voyage to the South Seas (1794) by Scottish botanical illustrator Sydney Parkinson. Parkinson accompanied Captain Cook on the voyage and was the first European artist to visit Australia, New Zealand and Tahiti. 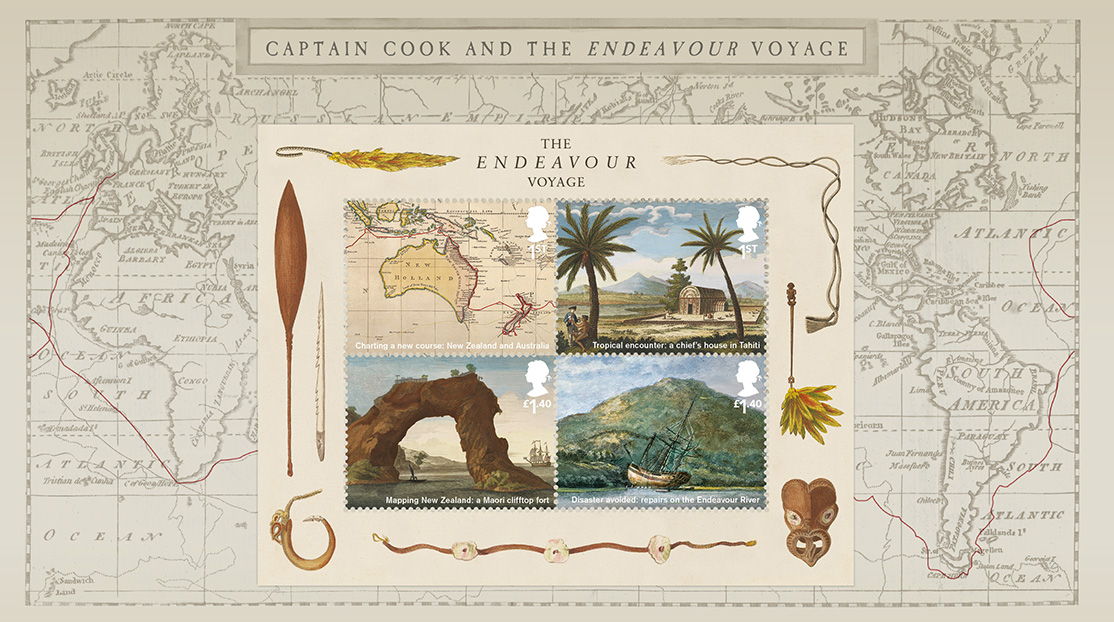 We also produced all the accompanying products for the set including presentation packs and First Day Cover envelopes and special postmarks.  These take a more in-depth look at the discoveries during the three year voyage with information about the different lands, peoples, flora and fauna of the Pacific. 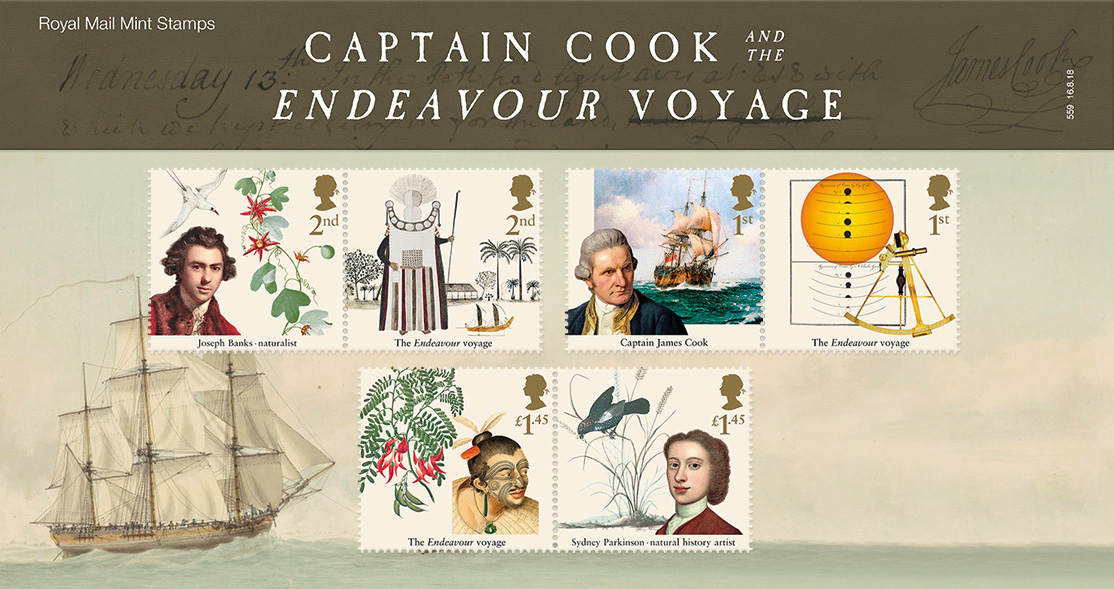 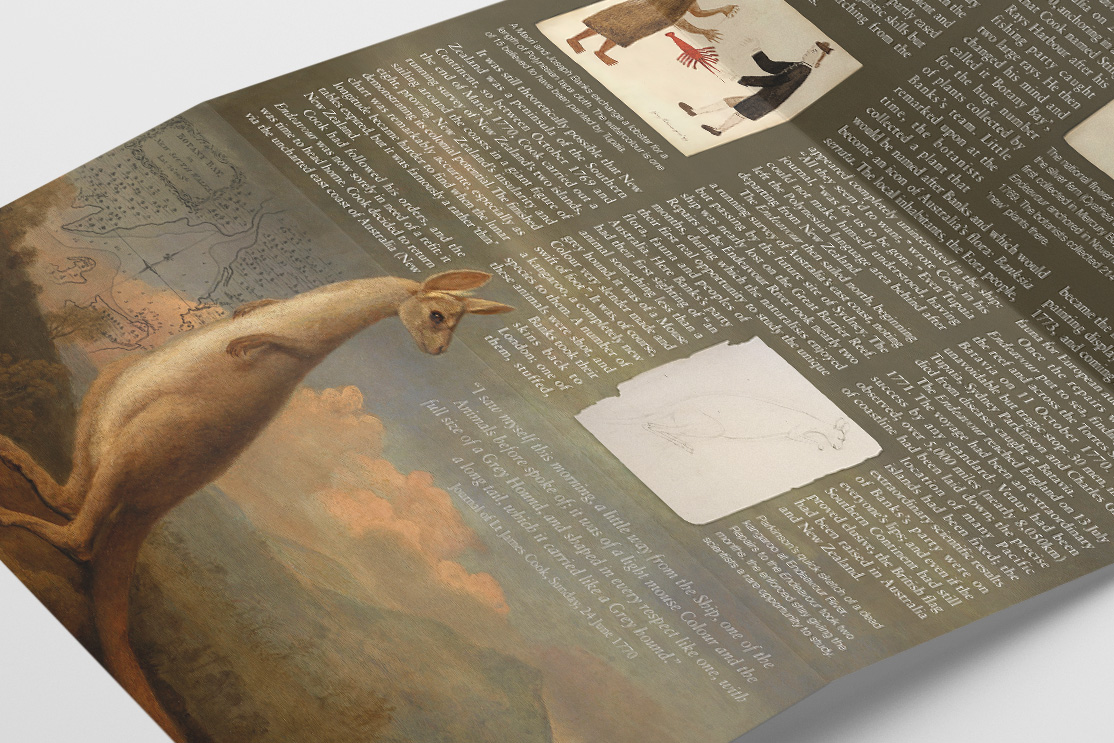 I’ve been fortunate to work with Webb & Webb on numerous projects for Royal Mail.
Each time, I am impressed by the creativity, enthusiasm, and knowledge that they bring
to a project. Their design solutions often surprise, and always deliver results
that showcase the passion they have for what they do.
Catharine Brandy, Design Manager, Royal Mail