Identity and associated print collateral, including a custom typeface 'Malahne 37', for the classic 50m superyacht Malahne. 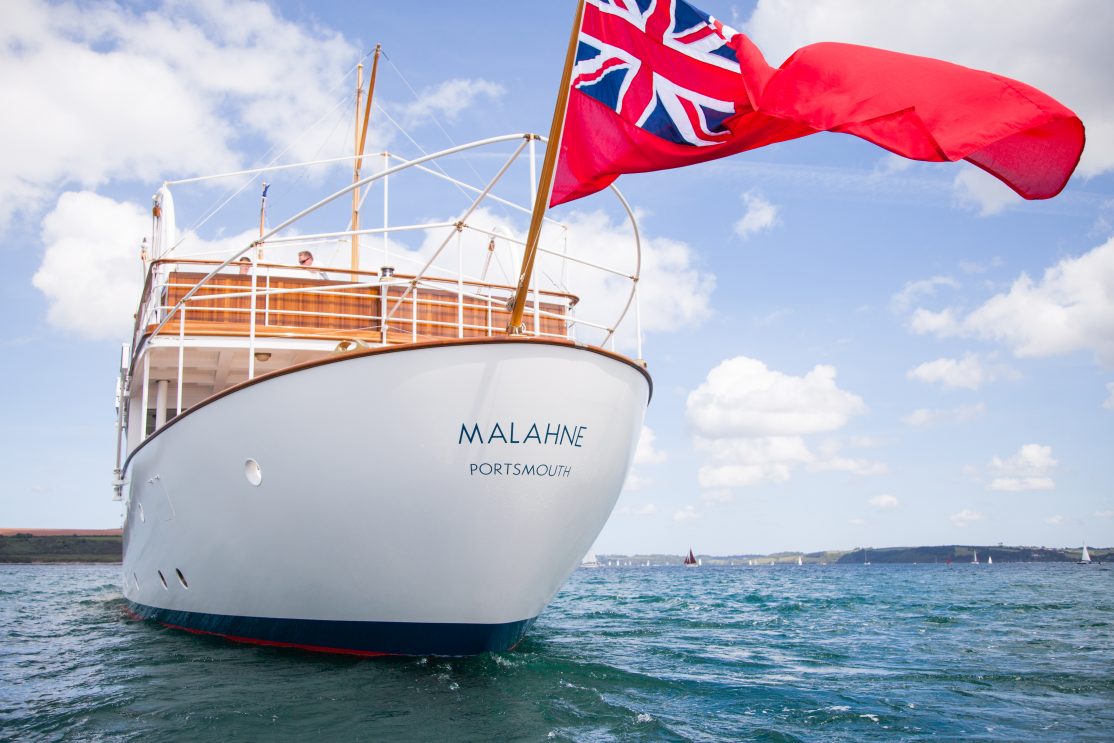 Built by Camper & Nicholsons in 1937, Malahne saw service as a ‘little ship’ at Dunkirk in 1940. In the 1960s she was used by owner Sam Spiegel as his floating production office during the filming of Lawrence of Arabia and in her heyday hosted Hollywood stars such as Elizabeth Taylor, Grace Kelly, Frank Sinatra, Kirk Douglas and Jack Nicholson. She recently completed a 30-month restoration project winning ‘Best Rebuild’ at the World Superyacht Awards and was named as one of the world’s best superyachts by Boat International. 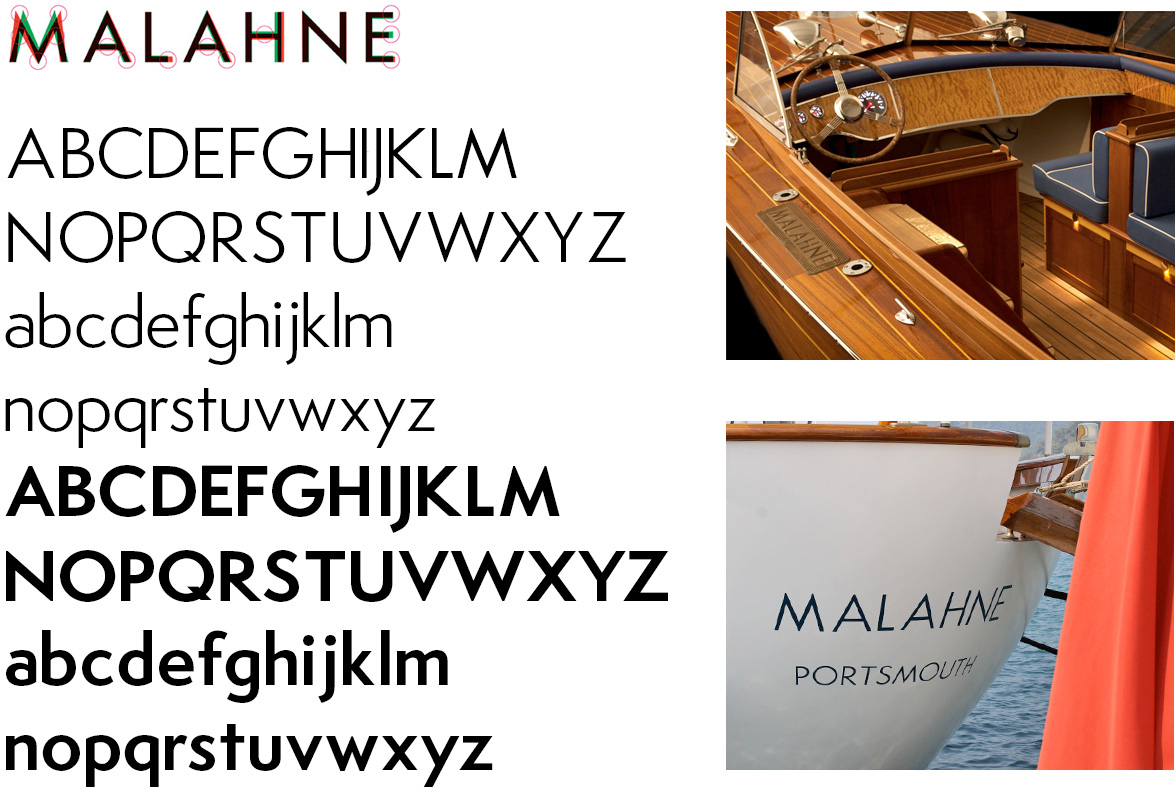 The typeface is based on the Malahne logotype and draws inspiration from 1930s sans serif letterforms as well as art deco architecture. It is used extensively across print work, signage and architectural detailing throughout the yacht. 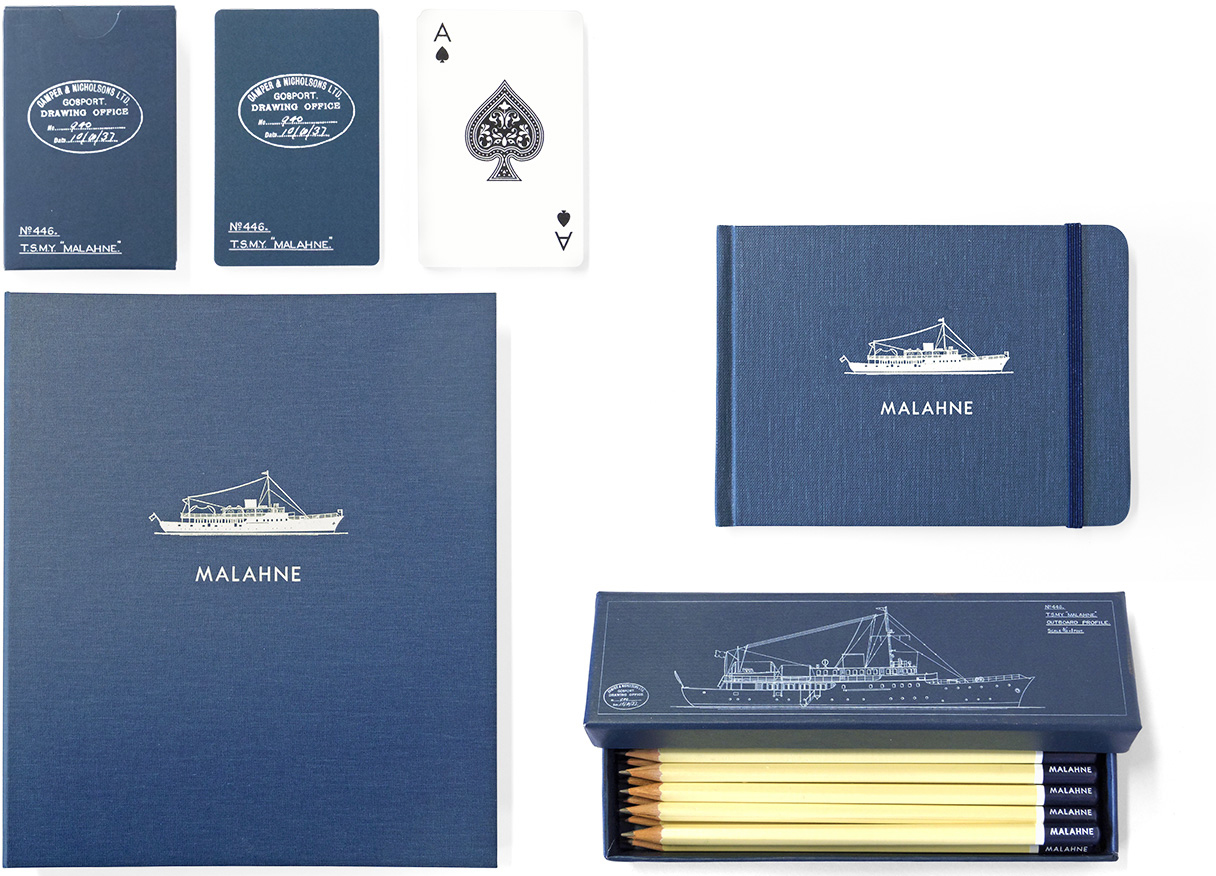 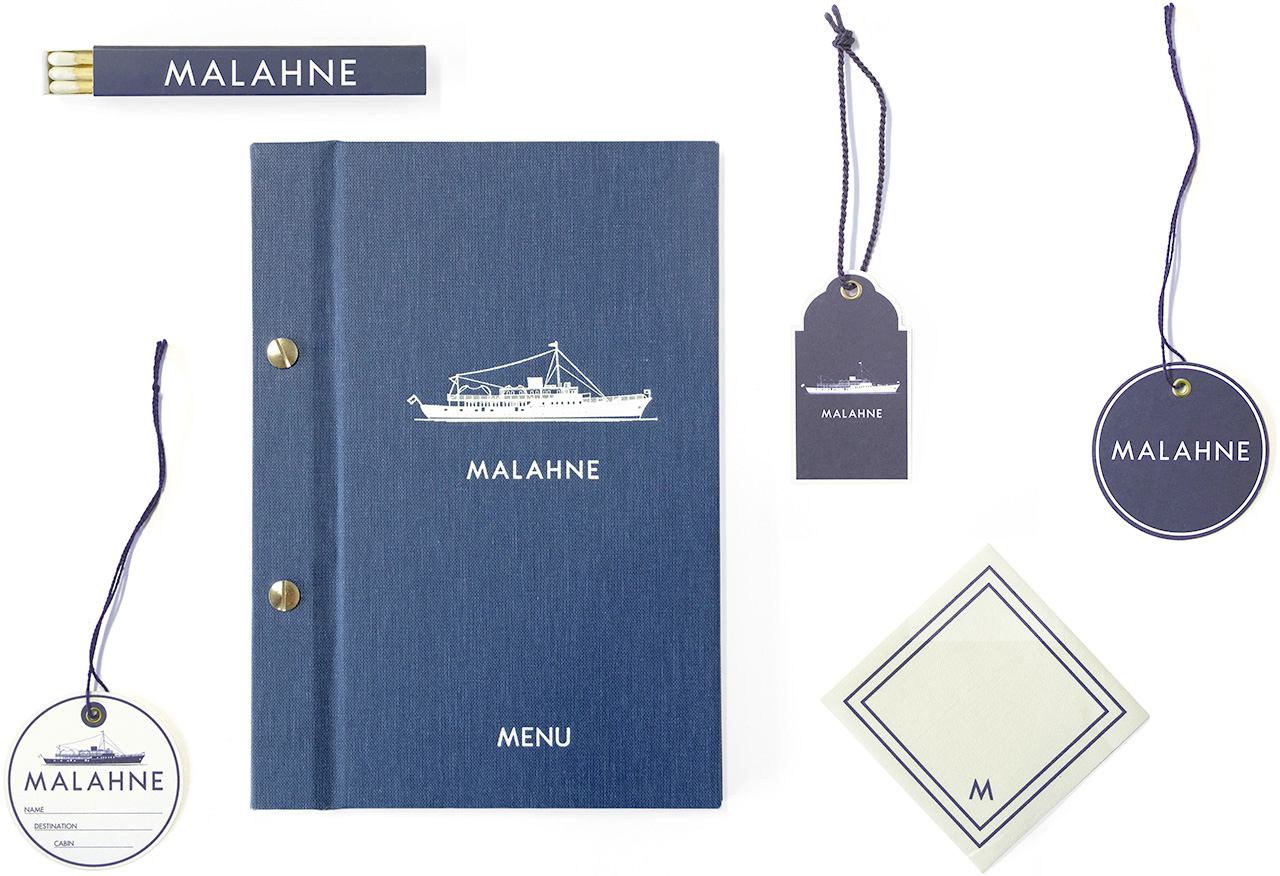 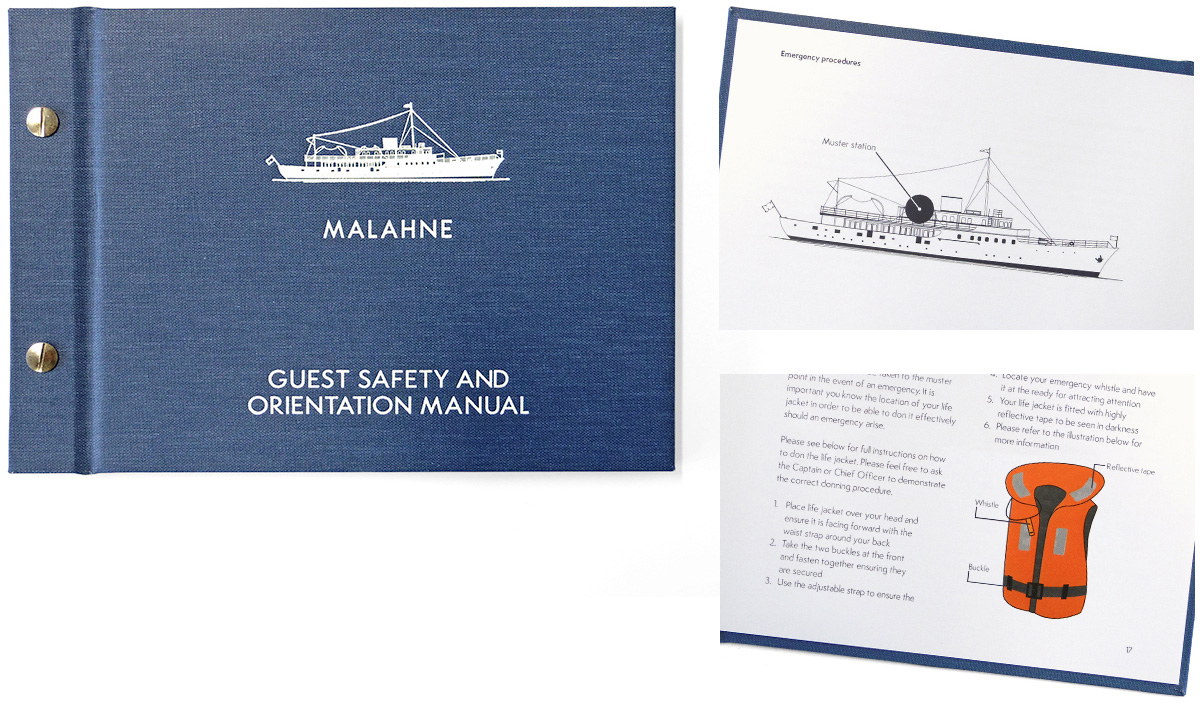