Royal Mail ‘The Battle of Waterloo’

Stamp and Prestige Stamp Book design to commemorate the 200th anniversary of the Battle of Waterloo. 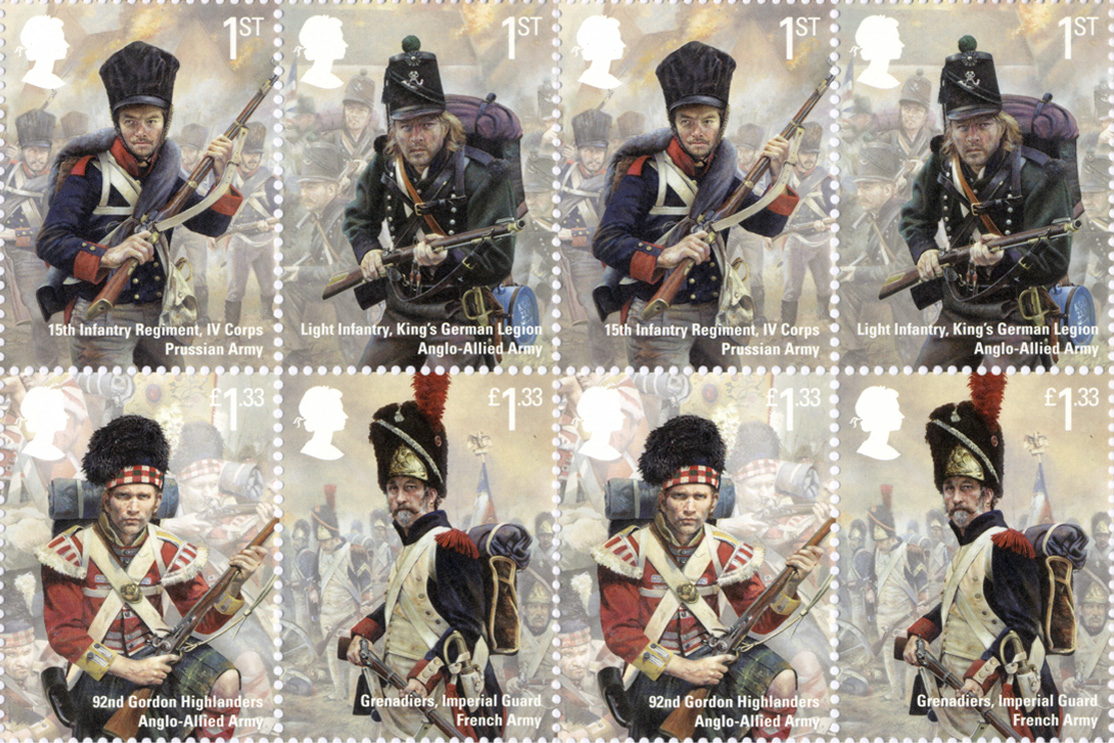 Stamp and Prestige Stamp Book design to commemorate the 200th anniversary of the Battle of Waterloo. Royal Mail asked us to depict the uniforms worn at the battle. 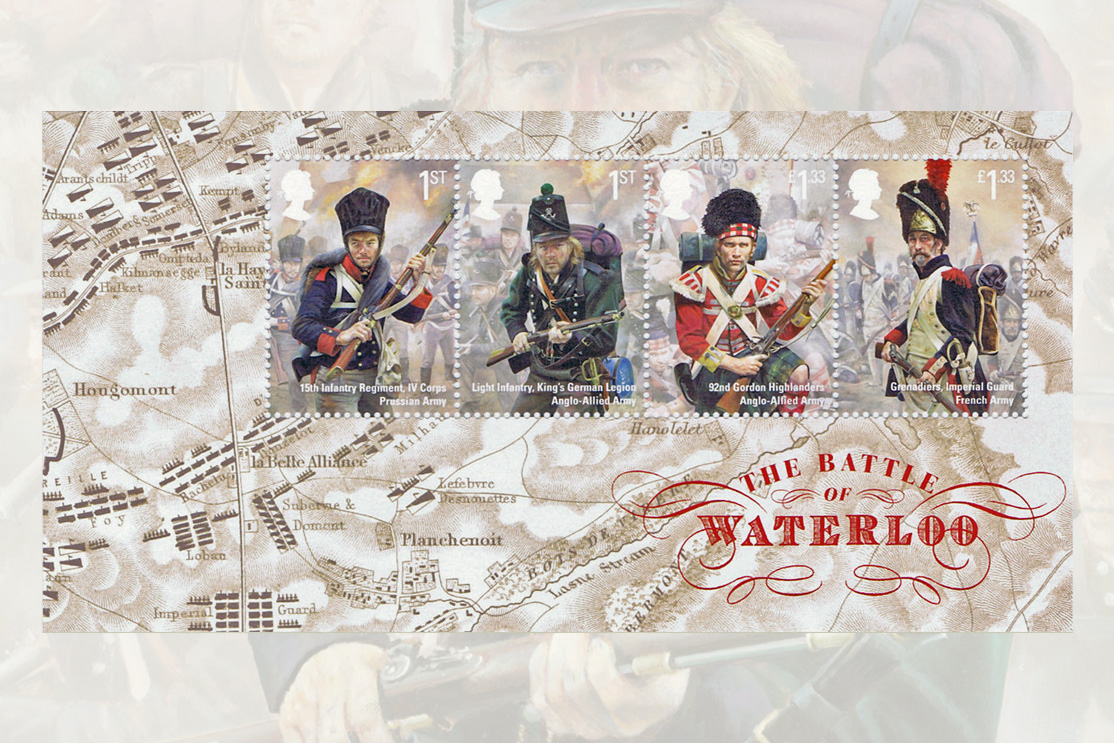 To avoid ending up with a stuffy set of stamps that looked like a kit inspection checklist we commissioned military artist Chris Collingwood to paint the soldiers fighting in key moments in the battle, whilst keeping the uniforms incredibly realistic. Each painting is about 1m high and has been photographed, reduced and the foreground soldier separated from its background and the background faded.
We also produced a Prestige Stamp Book written by military historian and author Ian Fletcher, which tells a timeline story of the battle set against art and ephemera from the period. 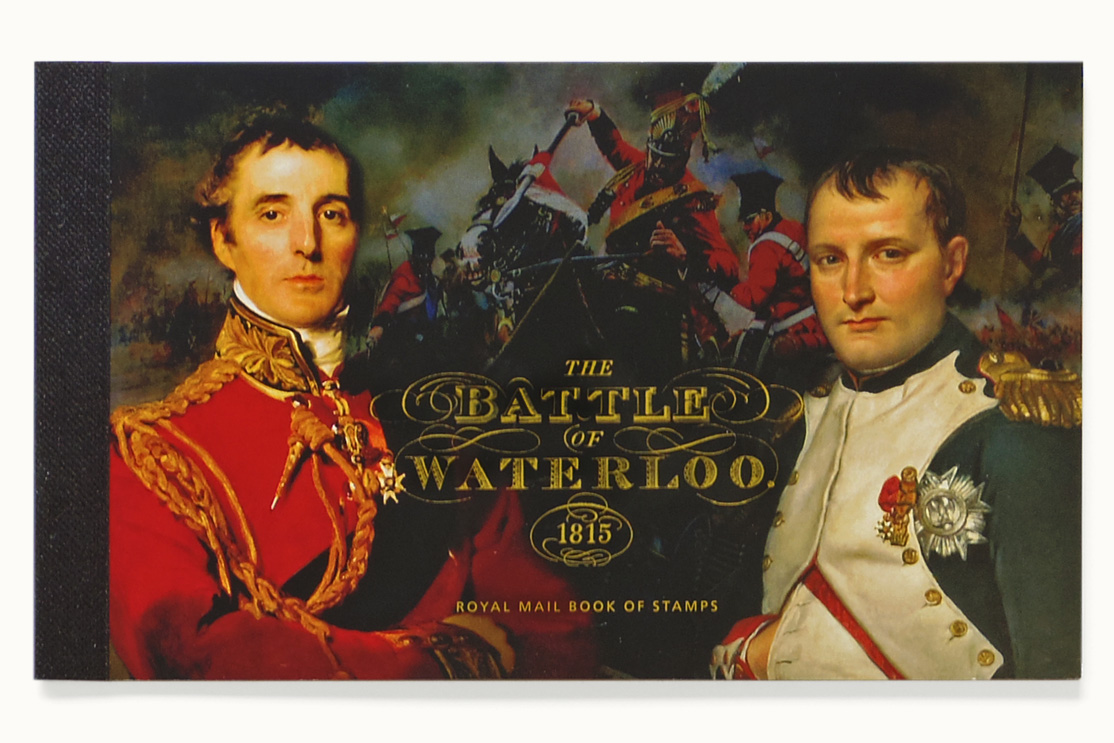 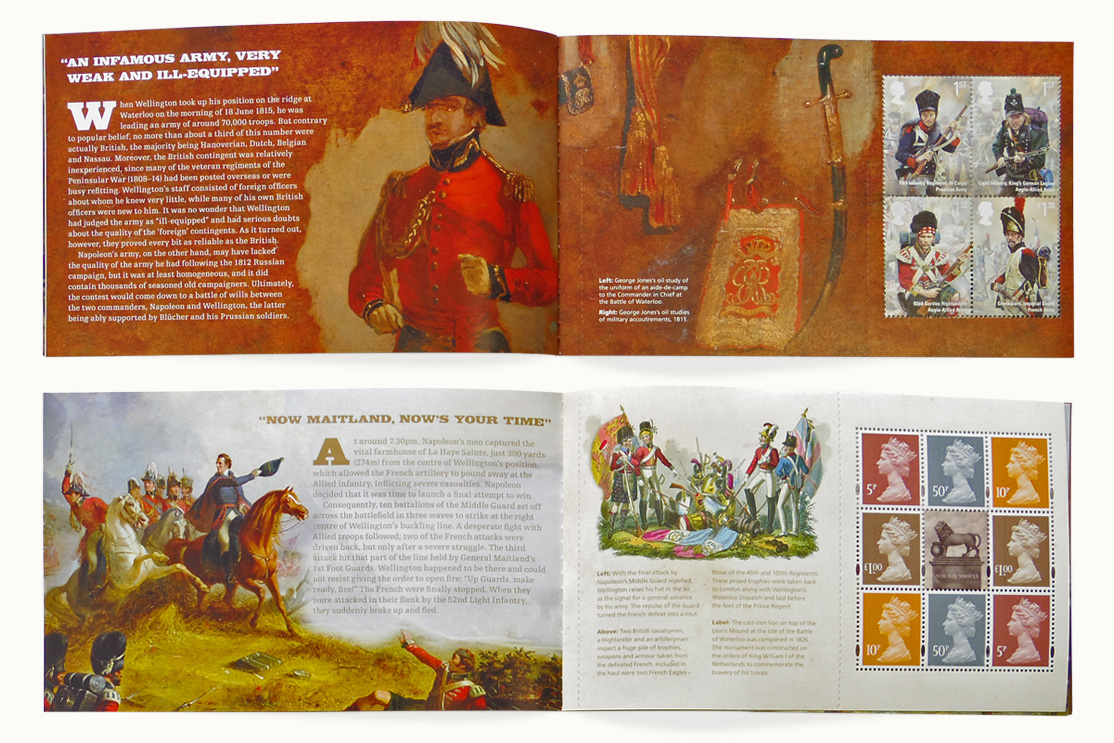 As Chairman of Waterloo 200, the charity established to commemorate the battle of Waterloo, I would like to say how pleased we are with the Waterloo stamps.They are an excellent reminder of an important moment in European history.